GAMMA 10 is the largest tandem mirror in the world, currently operated for controlled nuclear fusion researches. It consists of the central cell (the main plasma confinement region), the anchor cells for stabilizing the whole plasma, and the plug/barrier cells for the formation of ion-confining and thermal barrier potentials. Radio-frequency wave heating and neutral beam injection heating are employed to establish and maintain the plasma. The ion-confining and thermal barrier potentials are produced using both neutral beam injection and microwave heating systems in the plug/barrier cells located at both end mirror regions. Radial loss of the plasma is minimized by axisymmetrizing the magnetic field configuration.

Magnetic field strength of GAMMA 10 is 0.5 T in the central cell midplane and 3.2 T at the mirror throat. The motor generator with the capacity of 800 MJ produces the magnetic field and supplies the electric power to the plasma heating systems. Total length of the vacuum chamber of GAMMA 10 is 27 meters and its volume is 180 m3.

In GAMMA 10, plasma parameters (shape, density, temperature, potential, confinement time, etc) are measured by using a variety of diagnostics. Major tools are microwave interferometers, charged particle analyzers, spectrometers, X-ray detectors, beam probes, neutral particle analyzers, and so on. A large amount of information obtained is stored in the data processing system and analyzed by computers. In addition, new diagnostics based on new ideas are developed also in parallel.

Up to now, the formation of potentials and its resultant improvement of the confinement, and the production of high performance plasma have been mainly studied. Currently, the improvement of the plasma confinement due to potentials and electric fields, the analysis of its physical mechanism, the development of Gyrotrons, and the divertor simulation research with open magnetic filed line are proceeding. And also, researches on the direct energy conversion and basic plasma physics are proceeding widely as the main subject in Bi-directional Collaborative Research Program of NIFS (National Institute for Fusion Research). 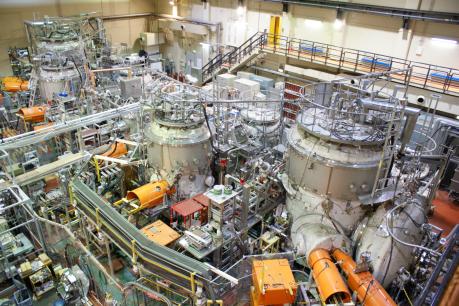 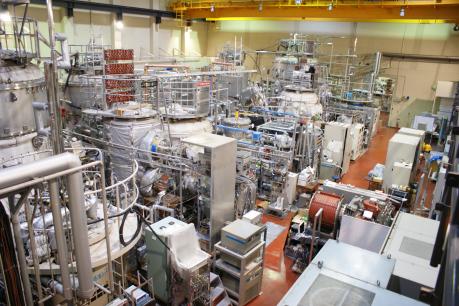