Research Topics of the NBI group

Research Topics of the NBI group

1. Plasma production and heating by use of particles

1-a. Study of fueling, heating and potential formation by neutral beam injection

Fueling, heating and potential formation by using neutral beam injection (NBI) have been investigated. The neutral beam is produced by accelerating hydrogen atom with high energy (~ 25 keV) and injected into the plasma. Figure 1 shows the schematic view of the NBI system. In GAMMA 10, seven injectors and three power supply systems are equipped and the injectors are installed at the central-cell, anchor cell and plug/barrier cell.

1-b. Study of fueling and transport by hydrogen ice-pellet injection and super-sonic molecular beam injection

Particle fueling and its transport have been investigated by using hydrogen ice-pellet injection and super-sonic molecular beam injection. We aim the improvement of plasma performance such as plasma density using these techniques. In the GAMMA 10 central-cell, a pellet injector and molecular beam injector are installed near the mid-plane. Figure 2 shows the time evolution of plasma light emission cloud produce by the pellet injection captured with high-speed camera.

2. Plasma diagnostics and transport analysis based on the particle and visible emission from the plasma 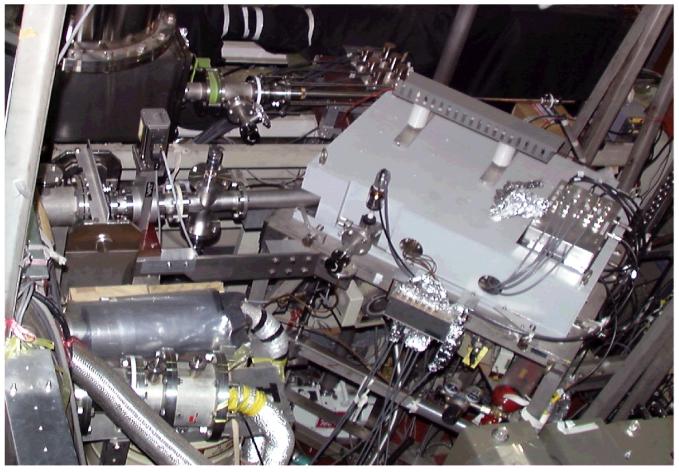 2-b. Neutral particle transport analysis based or Balmer-alpha emission measurements and Monte-Carlo simulation

Light emission from the neutral hydrogen atoms (Balmer-aa) has useful information of neutrals in the plasma. There is a number of a line-emission detectors installed in GAMMA 10. We have been studying neutral particle transport in the plasma, based on the absolutely calibrated Ha measurement and neutral transport simulation using the Monte-Carlo code “DEGAS”. Figure 4 shows the results of the simulation. ((a) a mesh model used for the simulation code; (b) cross-section view of Ha emission obtain from the simulation, (c) simulation result of the camera view).

Fig. 4 Example of neutral particle transport simulation analysis (a) mesh model used for the simulation code; (b) cross-section view of Ha emission obtain from the simulation, (c) simulation result of the camera view.

Plasma behavior, such as fluctuations in the boundary plasmas and effect of the plasma heating and fueling systems has been investigated by observing the two dimensional image of light emission from the plasma. A high-speed camera with the frame rate of 100,000 fps (100 kHz) and two medium-speed cameras with 1,000 fps have been installed and the visible emission from the central-cell and end-cell plasmas are observed. Figure 5 shows the still image of the light emission due to the plasma- material interaction on the target plates install at the end cell.

Fig. 5 Example of visible image of plasma material interaction on the target plates captured at the GAMMA 10end-cell.

In order to utilize a merit of open magnetic field configuration of tandem mirror device, divertor simulation studies have been started using end-mirror plasmas of GAMMA 10. Figure 6 shows the schematic view of experimental arrangement for divertor simulation experiments and the photograph of the interior of the end vacuum chamber. 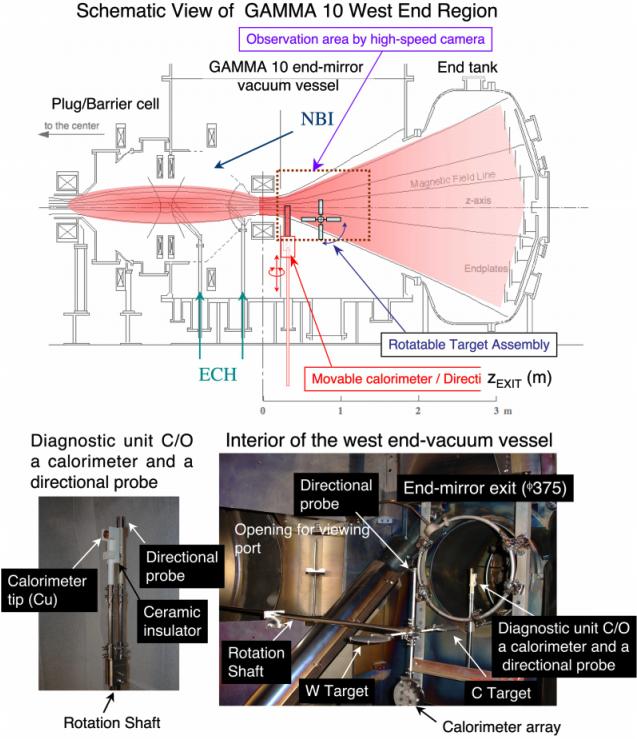 Fig. 6 Schematic view of divertor simulation experiment and photograph of the interior of the end-cell vacuum chamber. 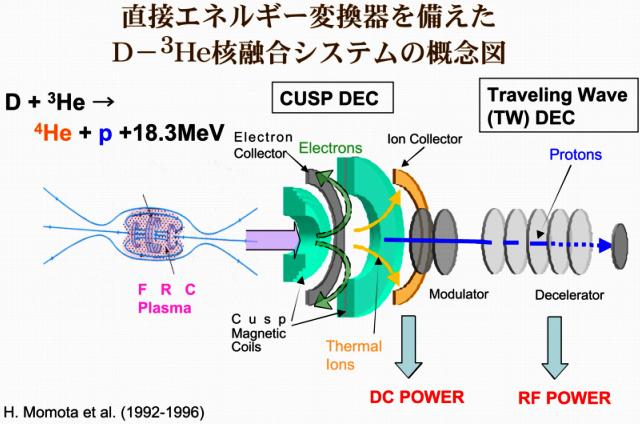 Fig. 8 Principle of direct energy conversion from the fusion plasmas.