The gold neutral particle is injected into the plasma, and the energy and intensity of ionized beam are analyzed. The diagnostics system is unique development and applies the broad range of GAMMA 10 plasma with unsteady leakage magnetic field. The information of radial potential profile, the phase difference between the potential and density fluctuations and magnetic field fluctuation are obtained by GNBP. The three types of GNBPs are established at central, barrier and inner mirror throat cells, respectively. 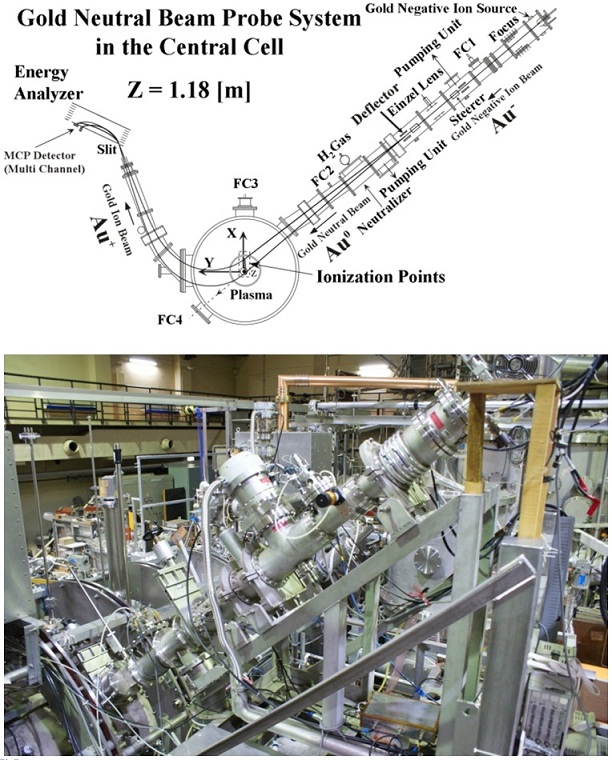 The GNBP system applies to measurement of potential and its fluctuation at thermal barrier cell.

It is possible to measure the ion confinement potential and end loss ion velocity distribution. 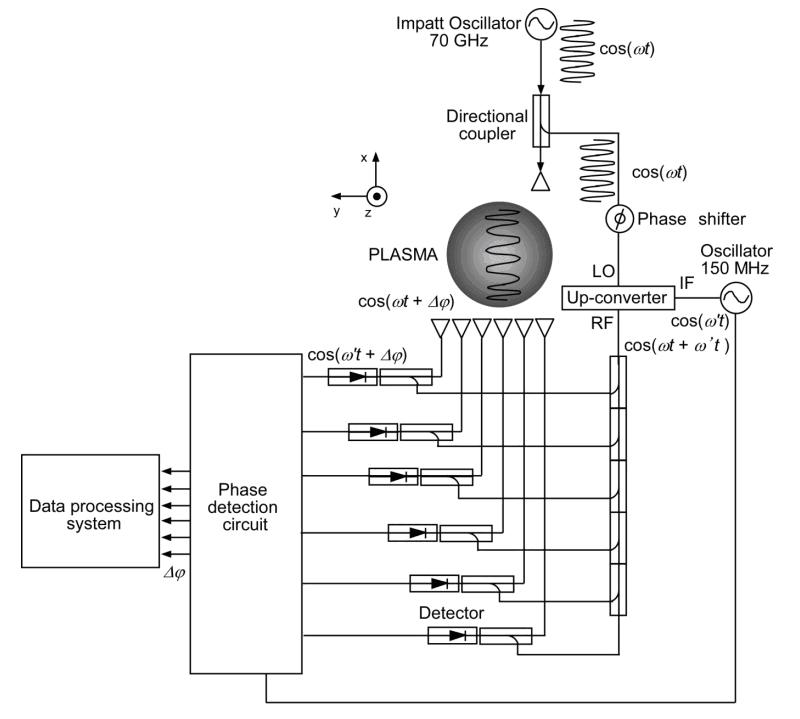 The plasma reflects the electromagnetic wave in which the frequency is lower than the frequency determined by electron density. The electron density and its fluctuation are obtained by observing the reflective wave with changing the incident wave frequency. The density and its fluctuation can be measured in one plasma shot by using the ultra short-pulse reflectometer which has wideband electromagnetic wave. 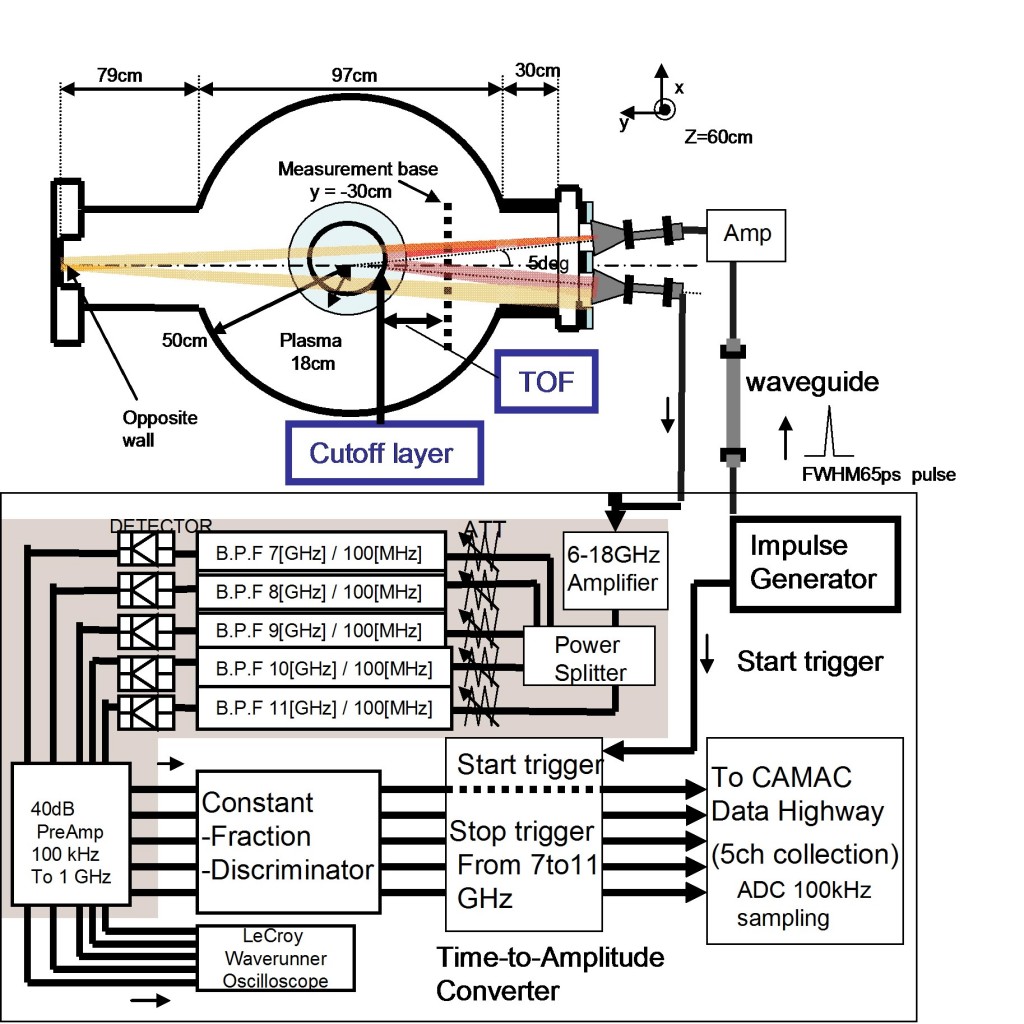 It is possible to obtain the wave number and frequency of density fluctuation by measuring the  Fraunhofer diffraction. 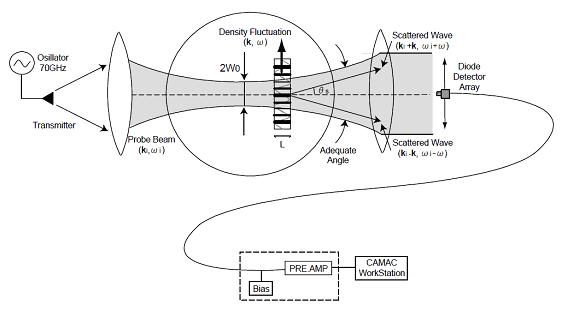 It is possible to measure the two-dimensional electron density profile with arranging the detectors in a matrix array. 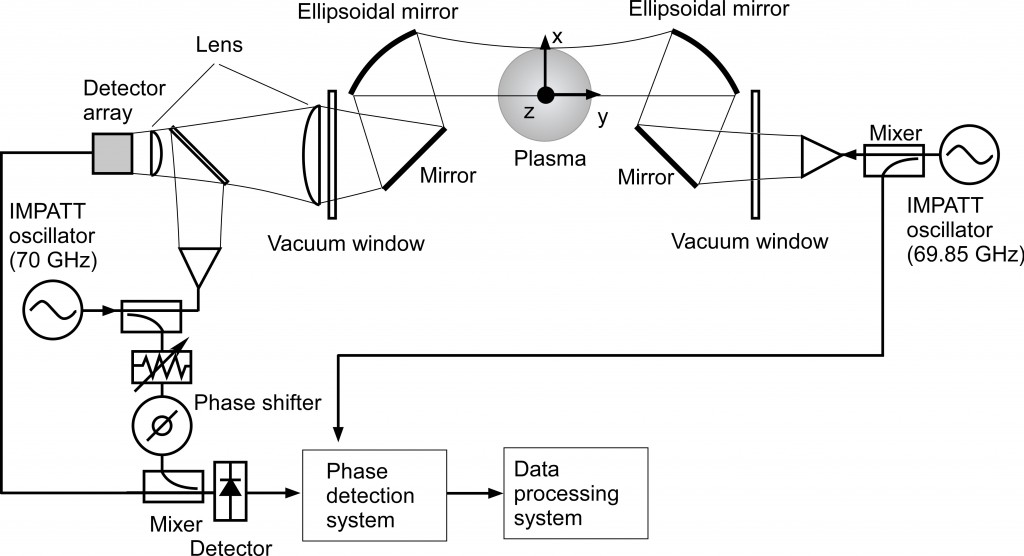 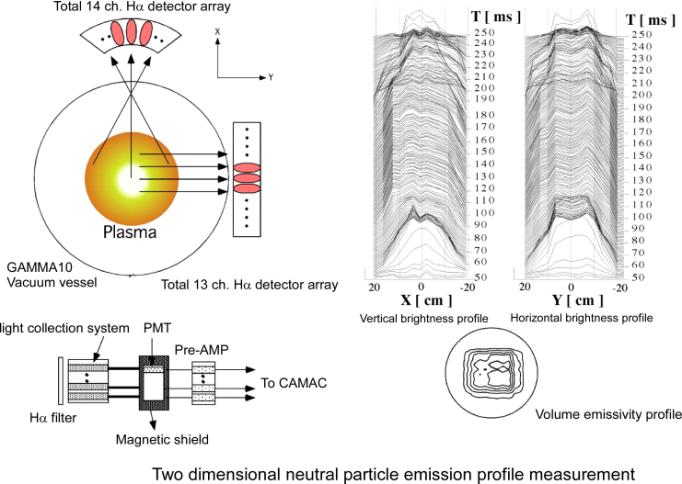 The time- and space-distributions of radiation spectra are measured by using the two-dimensional spectral diagnostic systems correspond to each wavelength band which consists of ultraviolet-visible, vacuum ultraviolet and soft x-ray. 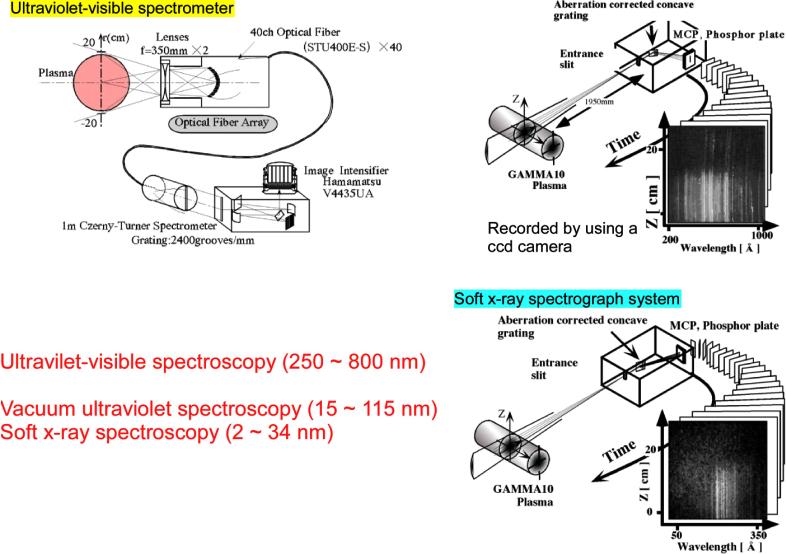 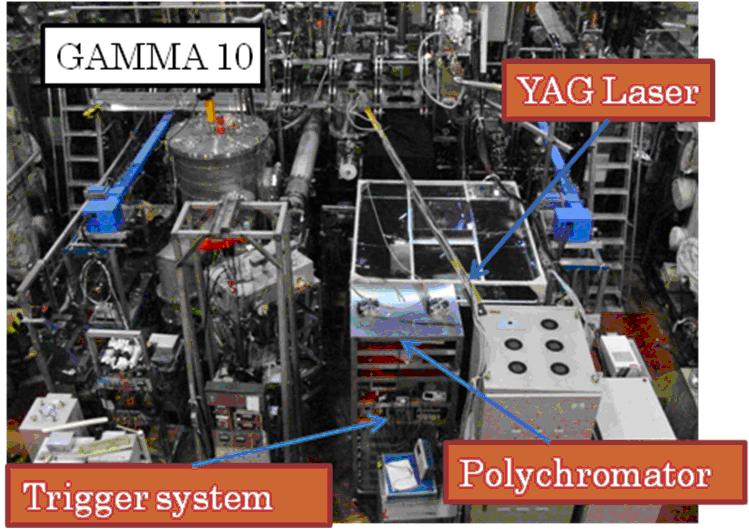