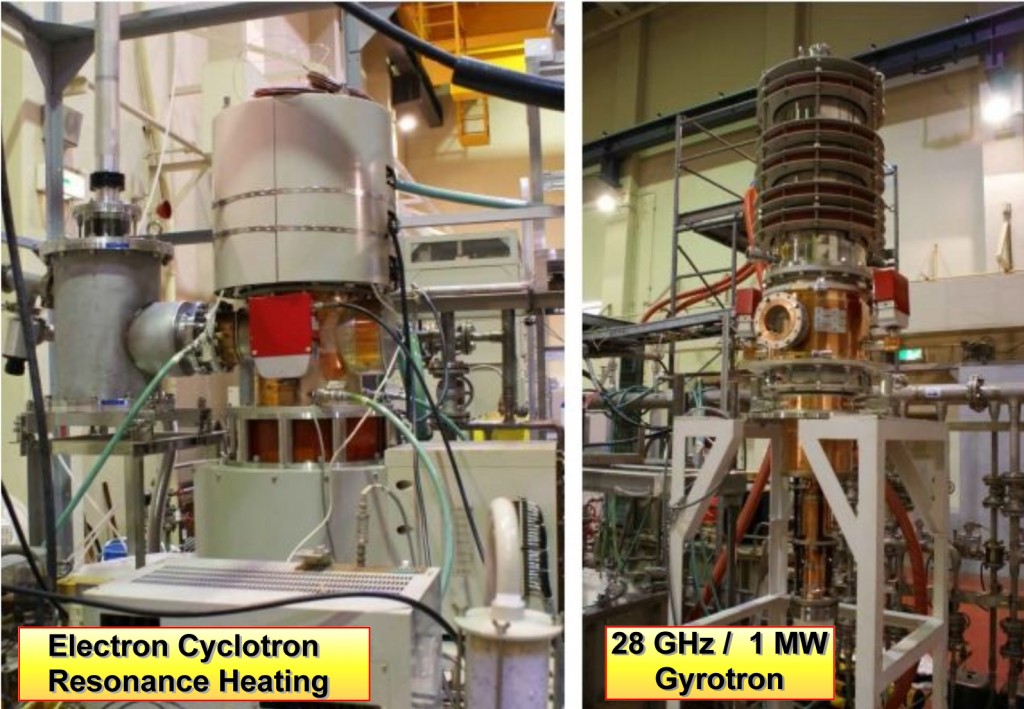 Electron Cyclotron Resonance Heating (ECRH) is the method to produce plasma-confining potentials and hot electrons by the use of the resonant absorption of high-power microwaves in the electron cyclotron range of frequencies and their harmonics. Gyrotron oscillators are utilized as high-power microwave sources for ECRH applications. The left side of the picture shows the gyrotron of 500 kW at 28 GHz and the matching optics unit in GAMMA10. The right one shows the newly developed high-power gyrotron of 1 MW at 28 GHz. 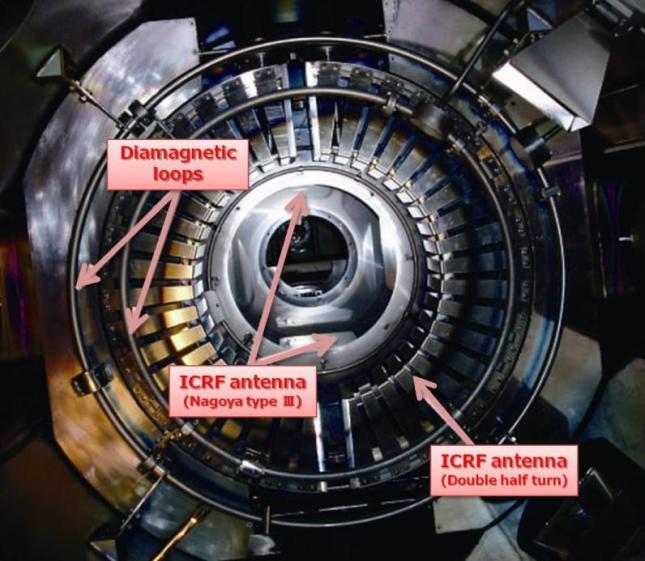 An ion in a magnetic field can be heated by an oscillating electric-field with its cyclotron frequency, which is the frequency of ion cyclotron motion rotating around the magnetic field and is in the radio frequency range (MHz) in GAMMA10. By inducing a radio-frequency current on the antennas shown in above photograph, electromagnetic waves are excited and then absorbed by the plasma through several processes such as landau damping. Two loops shown in front of the antennas measure the magnetic flux produced by the diamagnetism of the plasma, which indicates the stored energy of the plasma with several assumptions. 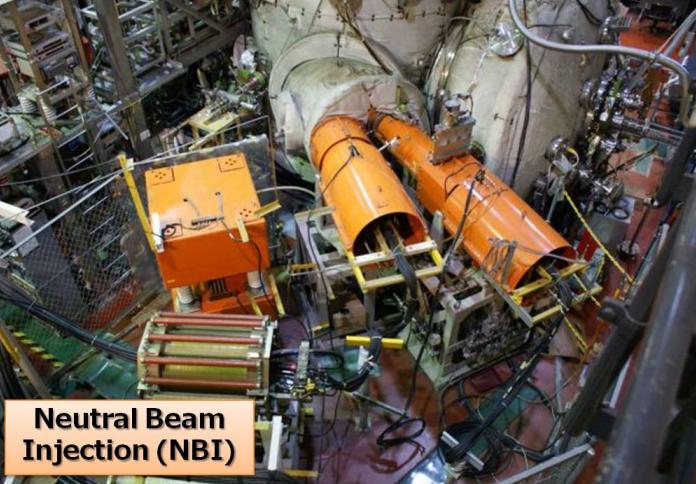 This device produce neutral hydrogen beam of ~ 25 keV and inject it into the plasma and the plasma is heated through charge-exchange process with plasma ions. In GAMMA 10 NBI is used for fueling and heating in the central-cell plasma and for producing high-beta plasma in the anchor-cell. Neutral beam is also used in order to produce “sloshing” ion distribution in plug/barrier cell and to sustain the confining potentials.